Every day, in at least one of the Facebook blogger groups I frequent, I see bloggers gleefully shouting themselves out for getting published on Huffington Post. More often than not, someone asks something like “what benefit is there to getting published on Huffpo?” The only real answer is that it’s a big name on your blogging resumé – otherwise, there really isn’t one.

But seriously, the cons of blogging on Huffington Post outweigh the pros. Here’s why.

You’d be writing for free.

So you decide you want to write for Huffington Post. You try to think of something that’s universal enough to be appreciated or controversial enough to be interesting, then you jump through the hoops (minimal though they apparently seem to be) of getting invited to write. YAY you get approved, so now you research, write, and wait for your publication date (if you even know when that’ll be). You’ll put in a few to several hours of work, depending on what kind of a writer you are, and you’re not going to be compensated for that time.

However, Huffington Post makes money on their traffic, so whatever traffic comes from or to your post, they profit from it. The benefit of this is a one-way street. They get blogger articles for free. They get traffic because of the articles they publish. They get paid for that traffic. Your work is free labor to them, and do you profit from it? Probably not.

There’s no substantial traffic boost to your own site.

I know some people out there are like “but it boosted my traffic!” Of all the bloggers I’ve heard from, most didn’t see a substantial change in traffic. It used to be different, of course, and early on when HP started accepting bloggers, there weren’t as many channels, the content was more focused, and the traffic better concentrated. Now, HuffPo publishes over 1200 pieces per day, not including the 400+ blog contributions. Like yours.

And sure, you have your occasional viral posts, but like the tributes from districts 3-13, the odds are NOT in your favor.

Besides, if your post is THAT good, if you really think its virality is off the charts, SELF-PUBLISH THAT ISH. REAP THE BENEFITS YOURSELF. Reap reap reap, high five a million angels, and get yourself a pedicure with the ad revenue you earned from all that crazy traffic. And be prepared with a prominent subscription signup form that offers an interesting and niche-appropriate perk.

Working for exposure devalues your work.

As an 8-year veteran of the web design world and a former professional musician, I’m going to let you in on a secret. Working for exposure doesn’t actually get you the exposure you want. Word tends to get out when you work on the cheap or for exposure. The reality of the matter is the people you’d want exposure from are the people willing to pay your worth.

The people you'd want exposure from are the people willing to pay your worth. Click To Tweet

I remember in my early days when I was just building my design portfolio, I asked a client to keep our project rate confidential as I’d not ever give that kind of a price break to anyone else. Naturally, he told all of his friends, so when I quoted his referrals, they balked and said “BUT XYZ ONLY PAID $ABC, YOU’RE TRYING TO RIP ME OFF.” The business he sent my way was more emotionally detrimental than it was profitable. When someone offers you exposure, you can bet others will find out and expect you’ll be willing to do the same for them.

As a blogger, when someone asks you to work (because your writing is your work) for exposure, they’re showing that your work, platform, and brand isn’t of value to them. Think of it this way: your blog has an audience. The partners you work with are gaining access to your audience, which (ideally) is a great fit for their product/service/brand. They compensate you not only for the work you do (your writing, photos, research), but for exposure to your audience.

Yeah, but you’re getting exposure to Huffington Post’s audience!

Maybe if your post happens to go viral. But probably not. #realtalk

Most savvy networkers/marketers/PR people know that Huffington Post isn’t exactly an exclusive publication anymore. If you were a paid contributor, it might be one thing, but at this point, every blogger’s media kit includes a Huffington Post credit. It’s basically just padding, like using your high school leadership experience on your job resume. It’s awesome when you’re just entering the job field with your first barista gig, but it’s not okay when you’re out of college and you have actual jobs to place on your resumé.

If you’re new to blogging, by all means use what you have. However, as you mature in your career as a blogger, you’ll move up and on. And really, there’s no fault in keeping it in your kit or on your sidebar, but don’t rest on it. This isn’t the be-all-end-all.

If you have an idea for something that doesn’t fit your niche and you’re looking for an outlet that keeps you from feeling pigeonholed, writing on Huffington Post could be a great way to get those thoughts out there. I know there are things that I’ve wanted to write, but they just don’t fit on my personal blog or here, and I know I can’t be the only blogger to experience this.

When you’re still building your media kit or your confidence as a writer, having a byline in a known publication is great boost for self-esteem and shaking the bonds of imposter syndrome. Writing on such a huge publication can be a big step, so don’t let me be a deterrent – GO FOR IT! Take that step, get out of your comfort zone.

Hell, if you want to republish a piece to create broader awareness or to touch lives, do it! If you’ve already published something and you’re not spending your valuable time (AND YES – YOUR TIME HAS A MONETARY VALUE) writing something original for someone else’s gain with little gain for yourself, then have at it, sister/mister.

Better yet, here are a few paying sites you can write for instead

These boss mamas pay $100 for original articles, but they also accept previously published pieces (just not for pay). This is a stellar outlet if you’re worried that a parenting piece you want to write is a little too controversial for your audience. *Update: as of July 2016, they no longer pay for submissions. Womp.*

While you can submit your article to Thought Catalog for exposure, you can pitch their editorial team by emailing [email protected].

As a long-running and respected publication, Entrepreneur has a reputation for paying their contributors well. Way to keep online journalism alive, Entrepreneur!

xoJane is a by-women-for-women ezine that’s known for its writers’ collective authenticity and touch of edge.

Babble is a Disney Company property, so it’s mom & family centric, but it’s a lot more tame than Scary Mommy. So none of those swear words you’ve told your kids not to repeat in public. Yeah, I see you.

Just as edgy as the name suggests, Bitch is a feminist publication with a mission of “providing and encouraging an engaged, thoughtful, feminist response to mainstream media and popular culture.”

Gawker is the parent company of sites like Jezebel, Lifehacker, Deadspin, and Gizmodo. They’re all about uncompromising honesty and pushing the envelope, so let loose!
Gawker shut down on August 22, 2016. RIP.

Refinery 29 is like lifestyle blogger heaven with it’s aspirational aesthetic and focus on emerging style. While it’s not expressly a millennial publication, it definitely has more of a draw for women in early-ish adulthood.

Salon is like the newspaper without the pretense or stuffiness. It’s notorious for its heavy liberal bias, so if you’re a Fox News kinda person, steer clear.

Upworthy’s mission is to create a better world, so they take original stories that are meant to inspire. They prefer shorter pieces (around 500 words) that are highly visual – basically, the kinds of stories your mom’s friends used to forward in emails and now share all over the Facebooks.

A List Apart is more web design and development focused, and is a niche site for the technical side of the web (even down to content creation). The focus is the content, and their use of images is pretty minimal, which means you’ll be challenged to keep readers engaged by writing a kickass piece.

YSF stands for Young, Fabulous, & Self-Employed – if Babble is Suburbia, YFS is Silicon Beach. If you’re into startup culture and entrepreneurship with proven expertise, this is a great site to share your knowledge.

I’ll be honest – a lot of these sites are harder to get published on than Huffington Post. You’ll possibly/probably get rejected more than once, but that’s par for the course. Many have actual editorial teams and will send you feedback and make you edit your piece, and I’d encourage you to GET UP ON THAT. It’s only going to make you a better writer.

Is it going to feel good on your ego? Maybe not. If you need an ego boost, Huffington Post is like that ex that’s always up for a booty call, but you know is probably not going to do a lot for you in the long run (especially if you repeatedly go fall back on it). You can do better, so get on out there.

Would you still want to be published in Huffington Post? Tell me why or why not in the comments! 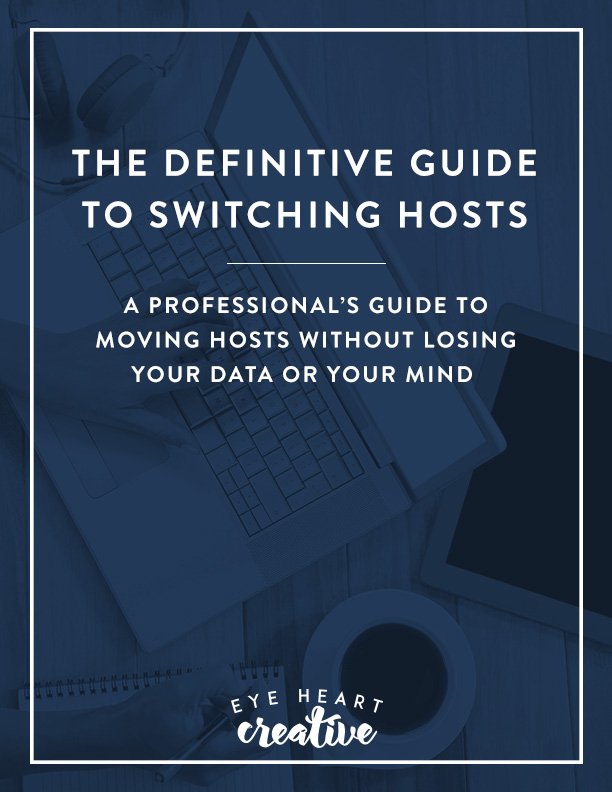